At once steeped in ancient legend and at the apex of technology, the Land of the Rising Sun has a mystical allure that promises a culture of unparalleled individuality and authentic experiences unlike anywhere else. There is so much on offer to tourists – from skiing to monastery stays in sacred forests; mind-bending city life in Tokyo to traditional homestays in the country – that tourists can have the experience of a lifetime travelling the country. And before you go, make sure you’ve got good travel insurance for Japan.

Japan is an archipelago of nearly 7,000 islands (though some are part of the Russian Federation), the main ones being Hokkaido, Honshu, Shikoku and Kyushu. The capital city (and seat of the Emperor) moved from Kyoto in 1868, where it had been for more than 1,000 years, to Tokyo, where it remains to this day. 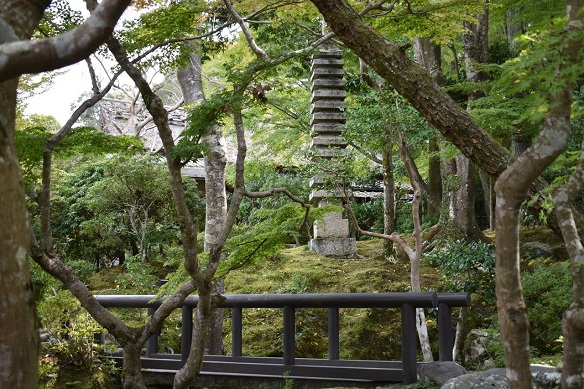 Winter sports are very popular in Japan, so if you plan on skiing or snowboarding, make sure you have ski cover.

Healthcare for Brits in Japan

It’s important to have travel insurance for Japan which includes good health cover. The FCDO advises that, while treatment and facility standards are high, the cost of treatment can be very expensive and clinicians will want to be sure that you are able to cover the costs. This may include delay in treatment while your travel insurance is checked for validity.

This strengthens the case for having a travel insurance policy that covers you for any and all existing medical conditions and making sure that it remains valid by not taking part in activities that could invalidate it, not travelling outside the limits of its validity and not becoming excessively drunk or using illegal substances. Always read your policy wording carefully to understand what is and what isn’t covered.

Remember too that some prescription and over-the-counter medications are prohibited in Japan. Contact the embassy in the UK before you travel to make sure that you’re not travelling with things you assume are safe but which could land you in trouble.

If you have a medical emergency, phone 119 and ask for an ambulance. It’s important to contact your insurer as soon as is safe so that they are able to assist as quickly as possible if you need medical care.

The main travel risks in Japan are natural disasters. Earthquakes are common and can often trigger tsunamis. Japan has lived with these natural events throughout its history and has learned ways of coping. Instructions on what to do are visible in most situations you’ll be in and it’s advisable to read them each time. You can also prepare before you leave by reading the most up-to-date advice.

Some travel insurers may offer limited or no cover for natural disasters, so it's important to ensure your travel insurance covers these for trips to Japan and understand your policy thoroughly.

The Japan Meteorological Agency has the most recent advice and warnings on natural events (including volcanoes) so it can be a good idea to bookmark the page on your smartphone and check it regularly.

The typhoon season is from June to December and can affect the southern islands and coastal areas the most. Familiarise yourself with the government’s advice on what to do in a tropical cyclone or typhoon if you’re travelling to an area at risk.

Crime rates are low in Japan however there are parts of the country, in particular populous cities, where certain types of crime are more common. The FCDO cites drink spiking as a particular problem, sometimes for financial rather than sexual ends. Take all sensible precautions against crime as you would in the UK and be alert for attempts to extort or defraud. Be wary of offers that require you to leave where you are and keep an eye on your drink at all times.

It is also known for female passengers on public transport to be touched inappropriately. Many trains and subways have female-only carriages. However, if you are a victim, drawing attention to yourself and reporting the incident to transport staff is a recommended way of dealing with the situation according the Japanese police.

Japan has a culture that is highly respectful of tradition, with lots of artistic disciplines and crafts remaining virtually unchanged for many hundreds of years. Many people know about Japan through its ancient social structure of daimyo, shogun and samurai which have been popularised in western culture but there is a huge amount of religious, artistic and modern culture which is less well-known.

Most of Japan is mountainous countryside and there are many retreats, monasteries and temples to see in those areas. Some are more easily accessible than others. There are a number of cities and towns that have very traditional architecture, the most famous being Kyoto.

The natural world is also central to Japanese culture, with an annual blossom festival (Hanami) occurring every spring.

Modern Japanese culture is colourful and focused in cities. Whether it’s the prevalence of karaoke, the Harajuku area of Tokyo, the roughly 1,200 deer roaming freely around the city of Nara, the vending machines that dispense virtually anything you could possibly need or the cat cafés, it is sure to be a cultural experience unlike any other.

Japan is perhaps best known for its cuisine, and visitors will find everything from the familiar to the truly adventurous.

Social norms are often strongly observed in Japan, like the convention of bowing and politeness generally. The deeper the bow, the more respect is implied. Giving gifts to hosts is common but not required, and gifts from your home country are particularly appreciated. It’s a social norm to give with both hands. Observing rules that you might consider flexible in the UK, like following road-crossing signals correctly even when nothing is on the road, is important.

There are parts of the country, such as populous parts of big cities, where politeness is less firmly observed. However, trying to maintain the expected levels of politeness can help avoid offense.

If you plan on driving in Japan you will need an International Driving Permit alongside your driving licence, which you can use for a maximum of one year (after which you will need to obtain a Japanese driving licence). The Japanese drive on the left as in the UK and driving rules are largely similar to ours. Remember that travel insurance for Japan is unlikely to cover the insurance on a rental car, which will need to be arranged separately (normally with the rental company themselves).

Travelling around the country by rail is comfortable as trains are frequent, fast and clean. In fact, Japanese companies often place such emphasis on punctuality that they will issue passengers with cards to show their supervisors if trains depart moments early or late. There are several different rail pass options that you can take advantage of to reduce the cost of your rail travel. The most expensive passes can cover the entire country and virtually all trains, including the Shinkansen (bullet train). The price varies a lot depending on how long you require the ticket for.

There are several rail passes available for specific areas of the country which can provide value for money if you only plan on staying in certain regions. Major cities are well-linked by rail, but if you want to travel into or within more rural areas, car travel is a good way to give yourself freedom to explore.

If you’re travelling around the country, it’s worth seeing if the Japan Rail Pass works out cheapest for you. It covers most train lines in Japan and can also be used on the Tokyo subway.

Most automated machines have an English option and there is usually someone who speaks English on hand to help.

Other considerations for travel in Japan

British passport holders can travel in Japan for 90 days visa-free, but you may have to provide evidence or a return ticket or onward travel. Your passport only needs to be valid for the length of your stay.

For stays longer than 90 days or for other questions regarding staying in Japan, you’ll need to talk to the Japanese embassy.

The currency in Japan is the Japanese yen. While Japan is a very technologically advanced nation, cash is still an important part of everyday life, so it is important to make sure you have what you need. Cashpoints are widely available and credit cards are accepted at places like petrol stations and train stations.

Do I need travel insurance for Japan?

While Japan is considered a safe place to travel, it’s still imperative to have good travel insurance to cover potentially high medical costs if you fall ill or are involved in an accident while there, plus any additional cover required for activities such as skiing or going on cruises.

It’s also important to have insurance that allows you to easily contact the help and claims team, since Japanese clinics may try and establish the validity of your policy before undertaking treatment.

But good cover can allow you to enjoy a magical and versatile country with peace of mind.