Shimmering seas, towering mountains, colourful, bustling cities and some of the most breath-taking nature anywhere on earth: South Africa is a vibrant melange of cultures, landscapes, sights, sounds and smells. Tourism in South Africa is popular both in major cities and safari hotspots, but travellers need to exercise caution in a number of ways.

The currency of South Africa is the South African Rand and one of the 13 currencies available with the Post Office Travel Money Card.

We’re going to break down how you can best look after yourself and how travel insurance can help you in the event that something goes wrong.

Healthcare for Brits in South Africa

Having travel insurance with good health cover is imperative for Brits travelling to South Africa. The UK does not have a reciprocal healthcare agreement with South Africa, so the cost of any treatment you need will have to be covered by you if you don’t have adequate cover. Healthcare costs, particularly complicated procedures or difficult rescues, can quickly run into thousands or tens of thousands of pounds.

There are numerous vaccinations required for South Africa. If you are travelling in the country for a significant length of time you may need to undergo specific tests, such as for tuberculosis. You are very likely to need malaria treatment for South Africa. Depending on the treatment you are offered, this could require you to begin taking medicine before you leave. It’s important to see your doctor at least 2 months before going on your trip in case you need to start a course of anti-malarial drugs early.

The quality of healthcare available in major South African cities and in popular safari areas is generally good, but it is a good idea to know where your nearest private and public healthcare facilities are. Contact your travel insurer as soon as it is safe to do so, as they will have a good awareness of the medical provision in the area and may be able to assist you. If you suffer a medical emergency then you may not have any say in where you are taken for treatment, however if you are feeling unwell and decide you should get some help, your travel insurer should be your first port of call.

You may be required to prove that you have travel insurance or the necessary funds available to cover the cost of your treatment.

Tap water is normally safe in major cities and rural areas, as is food from restaurants. Eating street food can come with risks so it’s safer to only eat from vendors whose food you know and trust.

HIV/Aids has an 18.9% prevalence in South Africa so taking all precautions against infection is especially important. Some areas have a higher risk of malaria than others and that map changes seasonally, with September to May carrying the highest risk.

South Africa has high crime rates in many areas, and this can take many forms. Within major cities, certain areas are more dangerous than others. As a tourist, you may be perceived as having cash or access to it and are therefore as more of a target.

Violent crime against tourists is generally low, however it is important to be vigilant at all times. This includes being conscious of more sophisticated crime, like people pretending to have broken down at the roadside. Most violent crime occurs in townships – areas at the peripheries of major cities and not generally tourist attractions. However, if you do plan to visit a township, it is unwise to wear even cheap jewellery or watches as these can still make you a target for crime. Make sure you travel with someone who has detailed knowledge of the risks of the area, preferably a tour guide. It is dangerous to go alone or without a guide.

The police take the welfare of tourists very seriously and are a conspicuous presence in many popular areas.

Taxi services and Uber services are both available, as well as informal “taxis” which are, in reality, simply people with cars. Needless to say these services cannot be considered safe, and it’s important to be on your guard when using the others too.

You should exercise your usual caution in a foreign city by avoiding large crowds and demonstrations, always keeping sight of your bag and drinks, not leaving things in places where they can be grabbed in an instant and being wary of people approaching you quickly or distracting you with things like maps.

Stick to major roads and don’t walk alone at night. Don’t carry large amounts of cash or important valuables. We’ve got advice about how to protect your travel documents and looking after your valuables at the beach. If possible, it’s best to try and leave all valuables you can do without in a secure place like a room safe. Swimming in the sea can be dangerous in some parts of South Africa and at certain times. In major cities, lots of popular beaches have warning systems in place so that people know when and where not to swim, but beaches outside of cities can be unmarked.

The biggest risks come from strong and sudden currents, which can be difficult to spot if you don’t know what you’re looking for. Rip currents are formed when waves that have broken on the shore are funnelled back out to see through a narrow channel, causing a strong backdraft of seaward water. They are possible to spot – signs include less white surf than around them, darker and deeper patches of water, beach debris floating beyond the waves and isolated areas of choppy water among the waves. Occasionally, sharks can swim into public swimming areas.

There’s a very active outdoor culture in South Africa, from epic safaris in Kruger National Park to hiking on Table Mountain and surfing the waves off the Eastern Cape. Adventure sports are big hitters with things like abseiling, bungee jumping and trekking being popular. But if you’re going to get involved in any adventure sports, it’s crucial to make sure you’ve got the appropriate cover.

It’s impossible to talk about South Africa without mentioning the legacy of Apartheid, which exerts a strong influence on culture. Many tourists who visit Cape Town opt to take a tour of Robben Island, the prison where Nelson Mandela spent most of his 27-year sentence. There are museums in major cities that are focused on this part of the nation’s history. The experience and the beliefs that created and ended Apartheid have influenced art in a major way.

The country’s chequered history has given rise to an inspiring diversity of art, whether that’s the 4000-year-old cave paintings of the San Bushmen, the realism of the colonial period, the creations of South Africa’s myriad ethnic groups or the modern art influenced by many historic and cultural sources.

There’s a very active wine-making culture in some regions of South Africa and tourists can go on excursions to visit the vineyards, which are often situated in stunning countryside.

Many tourists visit South Africa to go on safari and see the Big Five (lions, elephants, rhinos, buffalo and leopards). There are numerous safari areas throughout the country and tourists can get an experience unlike any other by visiting one of the country’s huge national parks and reserves. 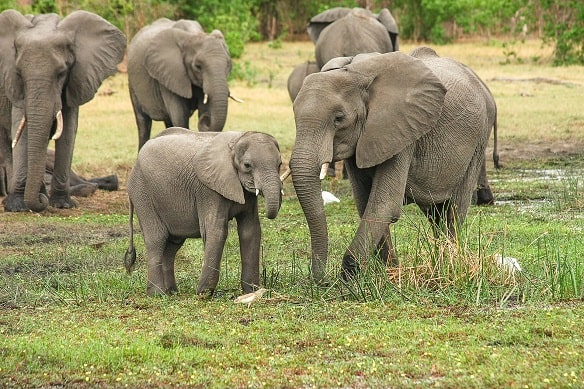 Going on safari comes with different risks to other holidays, so it’s important to make sure that your travel insurance covers you for any activities you’ll be undertaking. It’s unlikely you’ll need specialist travel insurance like you would for a ski trip or a cruise, however if you plan on doing adventure activities then you should check your policy wording to make sure you’re covered.

Long-distance train travel takes a long time, and may have comfort and safety concerns if you’re unable to get a sleeper train. Sleeper trains on a tourist-class ticket can offer a unique view of the country and its vast countryside, especially if travelling between Cape Town and Johannesburg.

There are a number of specialist rail providers, and this can be an unusual and romantic way of seeing a vast amount of the country. The prices can vary, however pricier options are usually safe and very comfortable.

In major cities, bus services are frequent and cover many areas but they are also prone to theft and other safety issues. Lots of locals get around using taxis, but there are several kinds and some are safer than others. Shared taxis are common but come with their problems, such as having to wait until they’re full. These, too, are less safe than getting a private hire cab. Uber also operate in major cities, however safety standards are not internationally uniform.

You can drive using a UK driving licence in South Africa for up to 12 months without needing an IDP. Road travel can be unpredictable with traffic rules often ignored or informal conventions like using the hard shoulder observed instead. Drink-driving is more commonplace than the UK, however you should never do so yourself. The FCO advises sticking to main roads and familiar routes, especially at night, and parking in well-lit areas. Avoid picking up hitchhikers or stopping for apparently broken-down road users, as they can be attempts to get you to stop and possibly rob you.

South Africa offers experiences and culture unavailable anywhere else on earth and has a huge amount visitors can get involved in. Whatever you do while on your trip, make sure you’re covered with good travel insurance.