Where to go for October sun

2018 has been decidedly odd when it comes to the weather. After getting off to a snowy start, our somewhat tardy summer brought one of the most memorable and intense heatwaves of recent times which saw shops sell out of ice cream and fridges filled with prosecco and quiche.

With the mercury hitting the mid-30s up and down the country, many of us opted for staycations rather than holidays abroad this summer. Alas, despite predictions that the heatwave was here to stay, temperatures are dipping to their seasonal average (or lower) and look like they’ll carry on doing so into October. But in this climate, who’s to say for sure?

Nonetheless, now that grey skies seem to be elbowing their way back onto the horizon and the heatwave seems like a hazy memory, the thought of a holiday somewhere warm might be back on the agenda. There are good reasons aplenty for doing so beside a little extra warmth before the mornings frost over.

For one, it’s considerably cheaper to hop overseas in October than, say, July or August. This has the knock-on effect of making destinations less crowded with tourists – from beaches to local attractions.

The lower the cost of the holiday, the better for your budget, naturally. This could mean you can travel a little further afield than you would have done back in the sultry splendour of summer. And if you book in time for the October half-term, your family time can be maximised too.

We’ve got a few ideas of places to visit within a 5 hour flight that will be in the 20s well into October. Hopefully these destinations are far enough away that you feel like you’ve really had a holiday but not so far that you lose two days of your trip to travel.

Do a quick survey of the family and see what they want to do on holiday. Odds-on, Turkey will be able to provide it. Whether its sea and sun for the kids, endless history, shopping and culture for the grown-ups or a healthy mixture of the lot, there’s enough of it in Turkey to last a very long time.

Take Side as an example. Based on the southern coast, there’s a lot of sea and sun. But it’s also one of Turkey’s many very ancient sites, with a working amphitheatre, Greco-Roman temples and a lot of history besides. Average daytime temperatures are around 26 degrees.

Turkey’s tourist season runs from May to the end of October, so there will still be plenty of bars, restaurants and hotels of every stripe available for an October visit.

Nearby heading west is one of Turkey’s most famous resorts: Antalya, which features turquoise seas, permanently azure skies and icons of history like Hadrian’s Gate (not to be confused with his wall). Another jump west (a bit farther this time) takes you to favourites among Turks: Kaş with its subaquatic city, Kalkan and the beach of Patara.

Also nearby to Antalya is Cirali, which has one of Turkey’s most beautiful beaches and is also a nesting-ground for loggerhead turtles.

Taking a look at what these resorts offer can help you decide what’s best for the family. All combine a mixture of the local culture and history with breath-taking beaches. 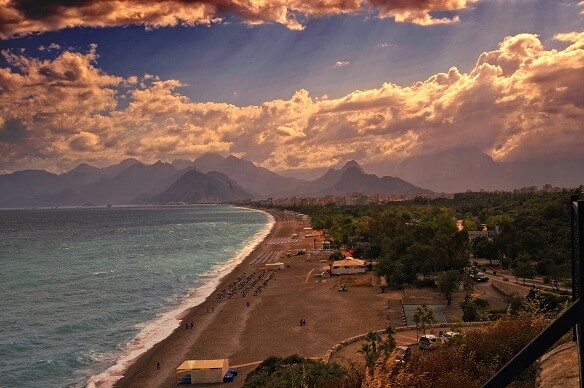 Greece has 227 inhabited islands out of a total of as many as 6,000 (by some calculations). Including the mainland, this gives someone an awful lot of choice about where to go.

We can help a little by ranking in terms of heat. The typically popular destinations are often the hottest. Crete and Rhodes both have average daily temperatures of 24 degrees in October, which, while not boiling, is hot for many Brits.

Athens, too, can have quite a high October average of 23 degrees. While it might not be Sharm el-Sheikh hot, it’s certainly warm enough to spend your time outside, taking in the many attractions it has to offer.

Needless to say, Greek islands offer serenity and beauty alongside the gorgeous weather. As it’s outside of high season, there’s less of the party culture and the coastal areas can be much quieter.

No surprise that the closer to the equator one gets, the warmer it is. So the Canary Islands, basking off the coast of Morocco (and just above Western Sahara) fare pretty well on the list of warmest places to visit in October. The drawback with getting there, with a flight time of roughly 4 hours.

However, once there, the islands aren’t very big, and getting around is usually fairly convenient.

These islands are more geared towards family holidays and those who like to spend time reclining on the beach. On Tenerife, for example, there isn’t an enormous amount by way of culture, but there is an impressive national park, a volcano, zoos, waterparks, shopping and aquatic wildlife sightseeing.

Over in Lanzarote, there's your normal beach-dwelling activity in spadefuls as well as activities from the adventurous (Jeep tours of the island) to the slightly bizarre (Rancho Texas - a Wild West-themed wildlife centre and amusement park.

Remember that if you want to get involved in an adventure activity it's vital to check whether your travel insurance covers you for it. 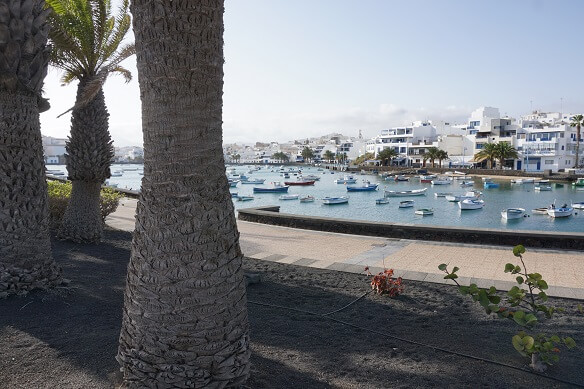 Everyone’s heard of the popular tourist haunts like Malaga, Marbella and Benidorm, but there are a number of lesser-known but nonetheless brilliant seaside resorts on Spain’s southern coast that are perfect for an October getaway.

Almeria, for example, and the smaller outlying areas like Aguadulce, has miles of lush beach and surprisingly few British tourists. Peppered with tapas huts and bars, the beaches are backed by housing complexes that soon give onto the town of Almeria, which hosts the 10th century Alcazaba fortress and has a range of interesting things to do. You can expect temperatures to be in the mid-20s for an October visit. 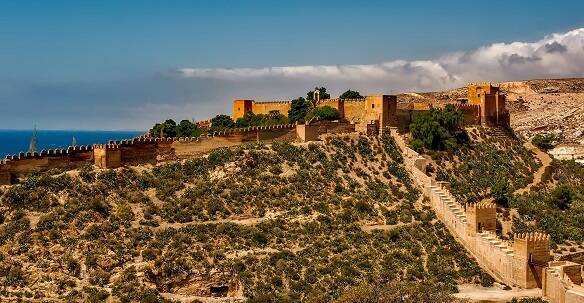 Depending on how far you want to travel, there are numerous alternatives – however the above are the warmest. For its unique mix of French, Italian and its own culture alongside some impressive scenery, Corsica is not to be missed. Its rugged, mountainous landscape gives its vibrant beaches a character hard to find elsewhere in Europe.

Staying close to the Italian island theme, Sicily is one to consider near the top of any list. As well as visiting Etna, Palermo, Syracuse and the multitude of cultural sites throughout the island, there are some incredible beaches.

And wherever you go, don't forget to pack travel insurance.

With Single Trip Insurance your kids need to travel with you or your partner to enjoy our cover. With Annual Multi-trip the adults can travel independently and on some of our policies the kids can too, so long as they are accompanied by a responsible adult (check policy for details).

For Super Economy, Economy, Standard, Premier and Premier Plus Policies

For Classic, Superior and Superior Plus Policies

The above details can be checked on the Financial Services Register by visiting the Financial Conduct Authority website and searching by Firm Reference Number (FRN).