You’d normally pay an arm and a leg for stunning white beaches, picturesque countryside, fragrant cuisine, and buzzing nightlife but thanks to the relative weakness of the Thai baht, Thailand has become one of the world’s most popular yet inexpensive holiday destinations over the last decade.

It’s possible to get by on a budget of 700 baht per day by staying in cheaper hostels, using local transport, without splurging on expensive meals out or large quantities of alcohol. Street food can be a good option to keep costs down as it will be a lot cheaper than guesthouse food, but you may need an adventurous palate.

Those on a stricter budget or who want to avoid the main tourist hordes should head for quieter islands like Ko Chang, national parks like Khao Yai and Khao Sok, or rural Isaan in the northern part of the country, which sees far fewer tourists. Another way to beat the crowds and save money is to visit in the low season of July and August when prices will be at their lowest.

In the mid-range price band visitors can expect to pay around 1,000 baht for an air-conditioned hotel room, and 300-400 baht for a Western-style meal. For those with cash to splash five star hotels will be similar to western prices.

Prices are approximate and subject to change.

One of the reasons that so many millions of tourists flock to Thailand every year is the favourable exchange rate between the Thai baht and most of the European and North American currencies. There are currently around 55 Thai baht to the pound, but bear in mind that exchange rates are volatile and can fluctuate, even from day to day.

Keep track of your spending

One pound is currently worth around 55 bahts. Therefore, the easiest way to get a rough idea of how much something costs in pounds is to divide the baht cost by 55. Remember that exchange rates can vary, so the rate given is only approximate, and make sure you keep an eye on exchange rates before and during your trip to know how much you’re spending.

Get your Thai currency from us

Thailand is one of the UK's favourite travel destinations but which of these items can you not take into the country?

Did you correctly guess which item isn't allowed into Thailand?

Want to learn about more local laws for any country across the world? Visit www.gov.uk/foreign-travel-advice to stay in the loop with travel advice. 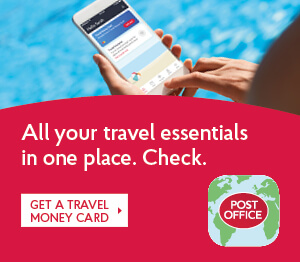