Post Office and Airbnb reveal the up and coming city break destinations. 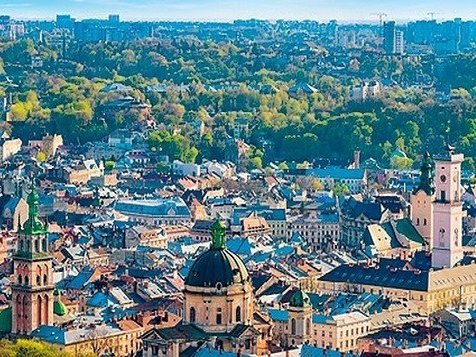 How often have you heard this said about the world’s most popular cities? The fact is, if you want to truly get to grips with a country and its culture, the areas most popular with tourists aren’t going to give you the most authentic experience.

And they are also likely to be rather pricey.

So how about getting off the beaten track where your holiday money may go a bit further?

Post Office Travel Money and AirBnB have joined forces to reveal the up and coming top 10 city break destinations and the cost of visiting these destinations for a ‘Celebration Breaks’ – trips people take to have fun and mark an event like a graduation or a milestone birthday. And it seems that people are getting more creative with their travel choices.

Increasingly, Brits travelling to celebrate are booking in cities that many of us may never have heard of – and saving a bundle in the process.

We’ve seen a groundswell of tourists sticking to popular countries but picking areas that are less well-known, such as Bari in Italy and Alkmaar in the Netherlands. As well, many travellers are opting for Eastern European countries where costs overall are lower – from accommodation to food.

Different destinations score well in different areas, however there are a few locations where overall costs are lower than Brits may be used to in popular destinations.

One such example is Lviv in the Ukraine. With a two-night stay costing £55, a three-course meal with a bottle of premium house wine costing £35.55 and a basket of 10 items of shopping costing £138, the value is clear.

And if you think that a cheap city in the Ukraine doesn’t have much to offer, you’d be mistaken. It’s a far cry from the brutalist, ex-Soviet cities that the region is associated with, hosting cobbled streets and historic architecture inspired by the Austro-Hungarian Empire and its Polish roots.

Other strong contenders for Eastern European bargain Celebration Break destinations include Kosice in Slovakia, Kaunas in Lithuania, Katowice in Poland and Tirana in Albania.

For those who enjoy the comfort of the familiar but want to keep the books balanced, we found that the port city of Antalya in Turkey offers good value and mesmerising coastline, and the surrounding area is host to a collection of historical sites that few Westerners venture to see. A highlight of the region is the submerged, 4,000-year-old Lycian civilisation of Simena on Kikeva island.

It’s not surprising that Eastern European cities are generally lower-cost than central European capitals. But by staying closer to home, you can still make a saving by being creative about the areas you choose.

Bari in the Puglia region of Italy not only gives visitors a saving on their holiday expenditure but offers a delectable buffet of cultural treats. The abundance of cookery schools give even the most kitchen-phobic participants the skills to make a kind of pasta called Orecchiette. And with prices for cookery classes averaging £24, the only thing going pear-shaped will be your pasta.

There are a handful of capitals that make it into our good-value Celebration Break report. Lisbon in Portugal, while not as low-cost as its Eastern European counterparts, is one of the least expensive European capitals to visit and is a continental centre for culture, food and nightlife. Moscow, too, can be visited on a budget – if not quite a shoestring – and has more than its fair share of attractions. There’s everything from the outright touristy (Red Square, St Basil’s Cathedral) to the unusual and unique (Moscow Metro Museum).

Accommodation costs of course vary even within an area, however the average for a location can give a good indication of what you might expect to pay when visiting a region. And if you’re used to forking out for something basic in Paris, then you could likely afford somewhere exciting and out-of-the-ordinary in a location like Lviv.

Only Lisbon in Portugal and Alkmaar in the Netherlands scored higher than £100 for two people for two nights when it came to accommodation (£147 and £170 respectively) – with the next highest cost being £98 in Bari, Italy.

The majority of costs for accommodation in the destinations surveyed were lower than £75 for two for a two-night stay.

Always have cash to hand

Remember that while lots of destinations are going cashless, it’s still important to have cash anywhere you go. Whether it’s because you need a little change to leave a tip or because the culture you’re visiting uses cash as a norm, having foreign currency at the ready can ensure you don’t find yourself caught out.

Post Office Travel Money is available for Click & Collect as well as purchase over the counter. For euros and US dollars you can order online and collect from your designated branch within 2 hours*, and other currencies can be collected the next working day**. You may be able to get a more competitive exchange rate by ordering online.

And to make life even easier, the Post Office Travel Money Card can be topped up with money in 13 currencies and used to withdraw cash and for card payments anywhere you see the MasterCard sign.

And to make life even easier, the Post Office Travel Money Card can be topped up with money in 13 currencies and used to withdraw cash and for card payments anywhere you see the MasterCard sign.

To find the affordable places to stay check out Airbnb.

*Applies to orders made before 2pm Monday to Friday, excludes bank holidays

**Applies to orders made before 3pm Monday to Friday, excludes bank holidays