How to stop motion sickness

Motion sickness is an unpleasant aspect of travelling that affects many people. But if you are a sufferer, there are a number of things you can do to prevent or alleviate the symptoms.

For many people, motion sickness is an unpleasant side effect of travelling and can even put you off certain modes of transport altogether. But whether it’s a journey by car, plane, boat or train, there are a number of things you can do to prevent it. Read our guide to motion sickness and discover what to do if you suffer from it – and what you can do to prevent it happening in the first place.

What is motion sickness?

As the name implies, motion sickness is the sense of nausea and dizziness some people feel when travelling. In some cases, that nausea and dizziness can progress to cold sweats, a headache and vomiting. Although it’s an uncomfortable feeling, most people suffering from it don’t need to see a doctor unless they start to dehydrate from persistent vomiting. For most, the symptoms disappear soon after the motion stops.

In short, motion sickness is a consequence of the brain receiving mixed signals from the eyes and the inner ear. Whether it’s in a car, on a plane or, more commonly, on a boat, the difference between the ear sensing stillness with the eyes registering movement causes rising anxiety and nausea. 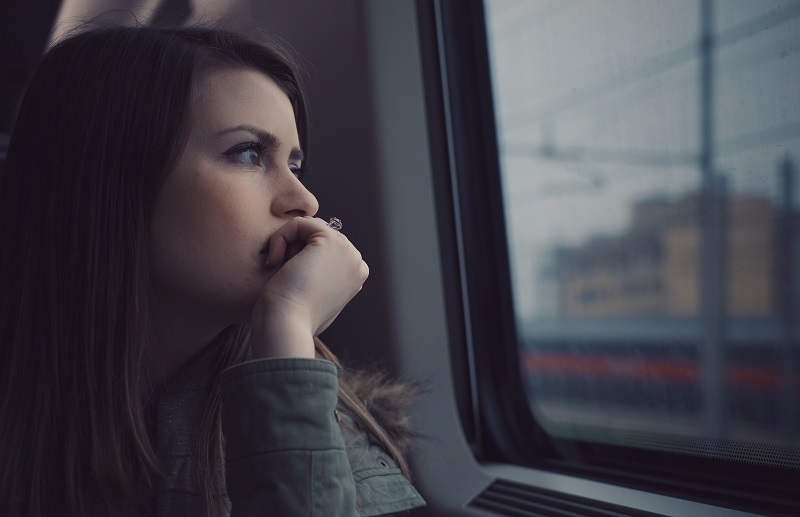 The exact neurological reason for this sick feeling isn’t known, but one theory is that if the sensitive nerves within the inner ear perceive motion that isn’t seen – or vice versa – the brain will conclude that the sufferer is hallucinating from poison ingestion and so will induce vomiting.

Anyone can get motion sickness, even experienced travellers. Roughly one third of the population are said to be highly susceptible to it, with the remaining two-thirds likely to get it under extreme conditions. However, pregnant women and children are more susceptible than most.

How to get rid of motion sickness

There are a number of ways to remedy your motion sickness. If you’re unfortunate enough to get it, the first thing to do is to look out of the window and keep your eyes fixed on the horizon in the direction you’re travelling. This helps to remind the brain that you are moving. Opening the window of a boat or train to get some fresh air should also help. If you can’t open or look out of the window, simply closing your eyes or taking a nap should help as it takes out some of the conflicting signals being sent to the brain.

Another cause of motion sickness is reading or looking at a screen while moving, so if you start to feel dizzy or nauseous, put down the book, phone or tablet and give your eyes a rest.

How to prevent it

If you’re a regular sufferer, there are a few things you can do to alleviate the symptoms. Eat light meals during the 24 hours before you’re due to travel and avoid alcohol and food with a high fat content. There are also a number of over-the-counter motion sickness remedies you can take in either patch or tablet form. But take care to read the label as many can cause drowsiness and other side effects.

In many cases, simply changing where you sit can make a big difference. If you’re travelling by car, sit in the front seat, keep your eyes on the horizon, remain still and sit back with your head on the headrest. If you’re on a boat, move towards the front of the ship on the upper deck and again, keep your eyes on the horizon. If you’re on a cruise holiday, then you may want to consider adding some motion sickness remedies to your packing list.

When on a plane, book a seat towards the front of the cabin and use the air vents. Other possible motion sickness treatments include ginger, taken in either its natural form or within herbal tea, and motion sickness bands, which use acupuncture techniques to apply pressure to a certain point on your wrist. However, while they may work for you, neither of these methods have been scientifically proven.

If all else fails, try to console yourself with the fact that around 60% of NASA astronauts experience motion sickness during space flight*, so you’re in good company.

Taking medicine on a plane

With airport security rules and country restrictions on medication, it can be difficult to know what medicine you can carry on a plane.

Find out more about driving abroad or apply for an International Driving Permit from the Post Office for just £5.50 for the whole year.

If you're lucky enough to be setting sail, our guide to packing for a cruise has everything you need make sure you're thoroughly prepared.

From booking to packing to holiday hints, read our travel hacks for a stress-free holiday,