Your beloved pet slips their leash, darts through an open gate or is stolen and they’re gone – with no telling if you’ll ever see them again.

It’s a desperate situation. But now a change in the law is set to boost the chances of lost dogs being reunited with their owners.

From April 2016 all dogs in England, Wales and Scotland will have to be microchipped by law. It’s already the law in Northern Ireland, where microchipping has been mandatory since April 2012.

If you own a dog you’ll also need to keep your contact details, held on a database the chip links to, up to date.

Why should I get my dog microchipped?

You’ll have peace of mind knowing your best friend will be easier to return if lost or stolen.

Thanks to microchips, over 10,000 dogs collected by local authorities were reunited with their owners between 1 April 2013 and 31 March 2014*.

With mandatory microchipping, even more dogs can be identified when they’re recovered, meaning more happy homecomings.

How does microchipping work?

“Microchipping is a routine and harmless procedure,” says Sean Wensley, President of the British Veterinary Association (BVA). “A tiny chip the size of a grain of rice is inserted under the skin between your dog’s shoulder blades using a sterile needle.

“Getting your dog microchipped takes just a few minutes and, once inside, the chip is easy to detect and lasts a lifetime. Each chip has a unique identifying code that, when scanned, can be used to find the owner’s details on a national database.” 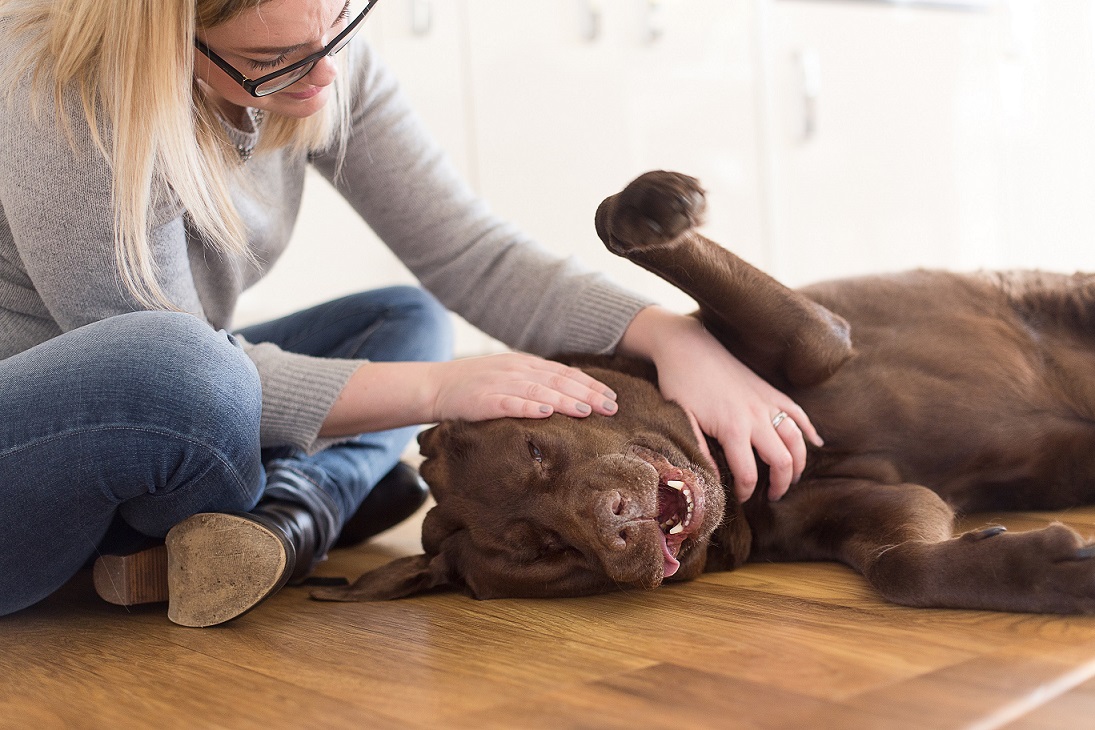 No – just ask Bailey the Chocolate Labrador. He’s been part of the Tann family in Derbyshire for over 10 years and was microchipped at just 12 weeks old during routine jabs.

“It was quick, easy and didn’t stress or hurt him at all,” says owner Felicity, 35. “It reassured me that, if he ever goes missing, there’s a much greater chance of finding him again.” 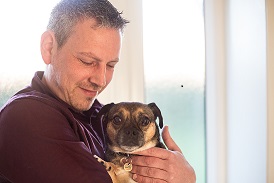 Michael Tubb, 34, discovered what a lifeline a chip can provide when his six-year-old Jack Russell and Pug cross went missing from Ossett, West Yorkshire.

“When Reeva vanished I was beside myself,” he says. “Fortunately someone took her to a vet, who scanned her and found the chip. It told them where Reeva’s home was and we were reunited the same day. If it wasn’t for the chip it could have been very different.”

How much does it cost?

Vets will charge around £30 for the service. The BVA recommends visiting your own local vet to ensure your animal’s best health and welfare, but some animal charities will also do it for free.

For instance, it’s free throughout the year at Dogs Trust rehoming centres, roadshows and some participating vets. Find out where.

What if I don’t get my dog chipped?

It will be more difficult to return your dog if it gets lost. If it does then is found and traced back to you, you could face a fine of up to £500 – but you’ll first be given a grace period to get your dog microchipped.

All dogs need these by law too, but they can fall off or be removed. Microchipping is a more permanent way to identify your dog.

Why do I need to keep my details updated?

It’s the only way to reunite you with your dog – and soon to be a legal requirement. So if your phone number, home or email address change, you must update the microchip information.

“If these details aren’t current the microchip is useless” warns the BVA’s Sean Wensley. “And from April it will be an owner’s legal responsibility to ensure the details are always kept updated.”

Contact the provider of the database your dog’s chip is registered with. There may be a charge to update your details.

When should I do it?

There’s no time like the present, whether you’ve owned your dog a while or they’ve just joined the family. Dogs can be microchipped from as little as eight weeks, and lots of owners get it done when they’re spayed or neutered. Why not do it when they’re young, inquisitive and while you’re teaching them new tricks like these?

Post Office Pet Insurance could help cover holiday cancellation costs if your pet be taken ill before you travel or if you have to come home early.

Travelling with your dog

A guide to must-do's and don'ts makes sure that both stay relaxed and safe when you travel with your dog.