How much can I borrow?

One of the first things that any first-time buyer wants to know is how much they can borrow. Until you know the answer to this it can be difficult to search for properties because you aren’t sure what is within your budget.

The mortgage market has changed enormously in the last few years and it can be harder for potential buyers to get a ballpark figure because the way that lenders work out what they will offer you has drastically altered.

In the past it was reasonable to say that a lender would offer you three or four times your income (although many lent much more than that). This was a handy benchmark but it isn’t relevant in today’s lending climate.

Now lenders don’t just look at your income but also at your outgoings, because only by focusing on the two things together can they get a reasonable idea of what you can afford to repay on a mortgage each month.

After all, an applicant with three young children is unlikely to have the same disposable income as someone without any dependants. And someone with an expensive loan repayment to make each month will not be able to afford the same amount as a borrower on the same income without any outstanding loans.

By assessing a borrower’s affordability lenders can build up a more realistic picture of your finances to get a better idea of how much they should lend. Not only does this make it more likely they will get back any money they lend out, it is also obligatory, as part of tough new regulations imposed on lenders to protect consumers from over borrowing.

The Mortgage Market Review, which came into force in 2014, was conducted after the credit crunch to ensure that lenders are not able to offer mortgages unless they have checked thoroughly that the borrower can afford to meet their monthly repayments.

Not only do lenders need to check that you can afford to meet the initial repayments on a homeloan, along with your other financial commitments, they must also work out whether it would still be affordable if interest rates were to rise. This is called stress-testing your application. Lenders will assess the affordability of the mortgage based on a higher rate of interest than was originally applied for. The level of the stress-test is at the discretion of the lender.

The Bank of England Base Rate is at a very low level and mortgage interest rates are correspondingly low, so it is important to know you can afford an increase in your monthly repayments once rates rise.

Some lenders offer a basic calculator on their website that will give you an idea of what you can borrow based on your income and a few simple details. But you should be aware that, due to affordability calculations, any figure it comes up with will usually be the maximum available and not necessarily what they would offer you once they have investigated your whole financial picture.

To get a better idea of what you would be offered you need to get a Decision In Principle from a lender (also referred to as an Agreement In Principle). For this the lender will ask you more detailed questions about your finances, so you will need to have some financial documents and information to hand.

After it has found out more about your circumstances the lender will decide the amount it is willing to lend provided that everything you have stated on your application is correct. A Decision In Principle isn’t binding on you or the lender. However, you will get a decent idea of what you can afford, and it is a useful document to show to estate agents to prove you are a serious buyer.

Of course, there are plenty of other costs associated with buying your first home and you need to be aware of these from the outset.

Your deposit is the biggest of course, and the more you can put down upfront the better interest rates you are likely to be able to access. So try to put down as much as possible upfront. Just make sure you leave enough for other associated costs such as Stamp Duty, mortgage fees, solicitor’s fees and removal fees.

When you apply for a mortgage your potential lender will run a credit check on you to get a fuller idea of your finances and how you have managed any previous borrowing. A credit check gives them details of all the credit agreements you have in place, such as credit cards and loans, and shows the last 12 months’ payments or whether a payment has been missed. It also shows if you have been in more serious arrears, such as being subject to a County Court Judgement or if you have been previously made bankrupt.

Before you apply for a mortgage it is worth checking out your own credit record to see what it says about you, using a credit reference agency such as Experian or Equifax. Sometimes mistakes are made, for example and you might want to rectify them. Or if you see that your credit record is less than pristine, you may decide to take independent mortgage advice from a broker who is specialised in dealing with such cases.

More from this guide

Helpful hints on buying a home

How much should you spend? 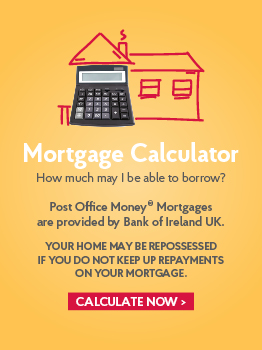